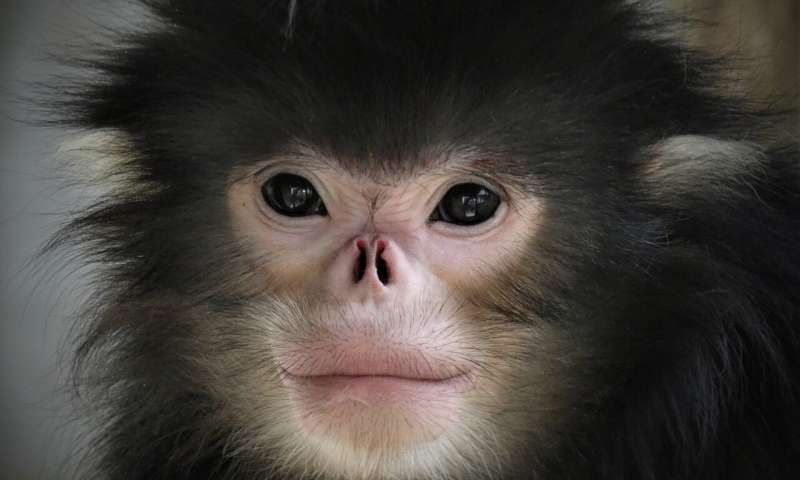 The goal of the assignment this week was to find new purpose for artificial things we discarded that have become our “waste”,  with a slight twist… for us to discover the detrimental results of our actions on the natural environment.   The new object we were to create would be a 3D representation of an endangered animal species from the IUCN Red List (International Union for Conservation of Nature). 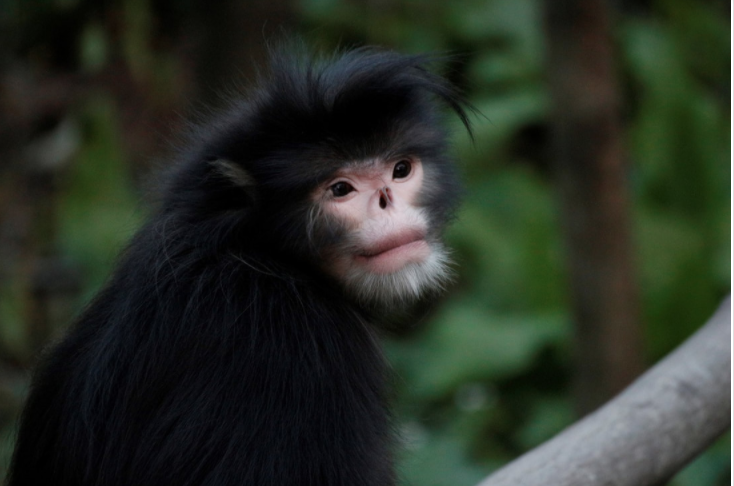 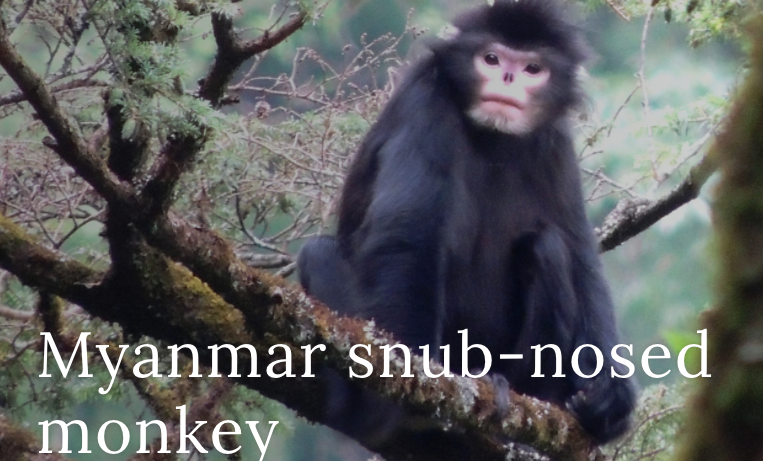 Just going through the list to find an animal I wanted to focus on made me surprisingly emotional.  The lists were in the thousands ranging from Extinct, Extinct in the Wild,  to Near Threatened and  Least Concern.  The survival or extinction of every one of those species, be it a plant, or an animal,  will be the direct result of human actions.  We are rapidly wiping each of those species from the face of this earth,  and the power of that realisation brought tears to my eyes.  It’s not something that I think about day to day … at least not yet.

My preoccupation on, and infuriation of,  the recent military coup in Myanmar, my country of origin,  is decisively the reason I chose IUCN Red List Critically Endangered  Burmese/Myanmar snub-nose monkey.

Living up in the Kachin Mountains in altitudes between 8,500 – 10,ooo ft. near the Myanmar and Yunnan, China border, these shy langurs were discovered in 201o by Fauna and Floral International expedition in conjunction with Biodiversity and Nature Conservation Association (BANCA).

There are 5 snub-nosed monkey species living in between the borders of Myanmar, China and Vietman, and all of them are on the endangered species list. Anecdotally, because the monkey’s nose faces upward with upturned nostrils, when it rains they tuck their heads under between their knee.  And as water gets in their nose can be heard sneezing in the rain. 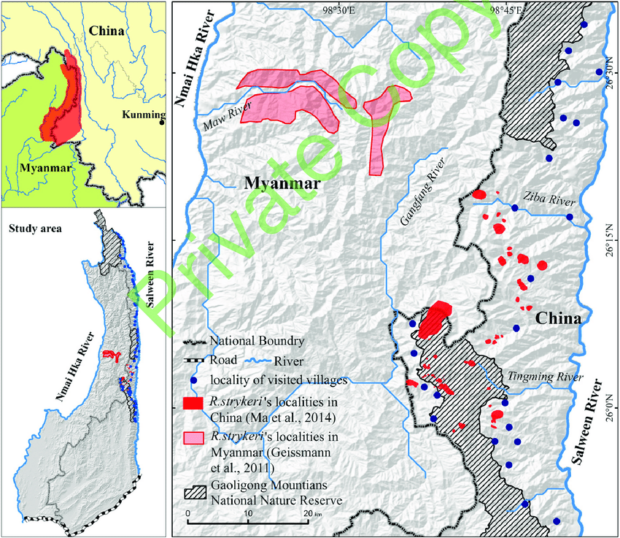 Last count they believe that there were about 350-400 individuals.   They are threated by  deforestation (Myanmar in 2010 lost 58,000 sq. miles of forest cover) to the mechanized logging industry,  hydropower plant preparations (proposed series of 7 dams), and the construction of roads for indusrty which multiply their exposure to poachers and hunters (a bag of snub-nose monkey bone can sell for $30 in China).

Though their diet is folivorous, they also eat fruit and seeds which help spread seedlings throughout their habitat and propagate the plant species in their region.

There is hope in that both China and Myanmar have made steps to protect these endangered animals while still promoting sustainable livelihoods for the local human communities.  2018 Myanmar set in motion to create Imawbum National Park and China, established Nujiana GrandCanyon National Park.  These parks not only help protect the snub-nose monkeys, but also the critically endangered chinese pangolin and sunda pangolin, the endangered red panda and short-ridges langur, and several other vunerable species… only time will tell. 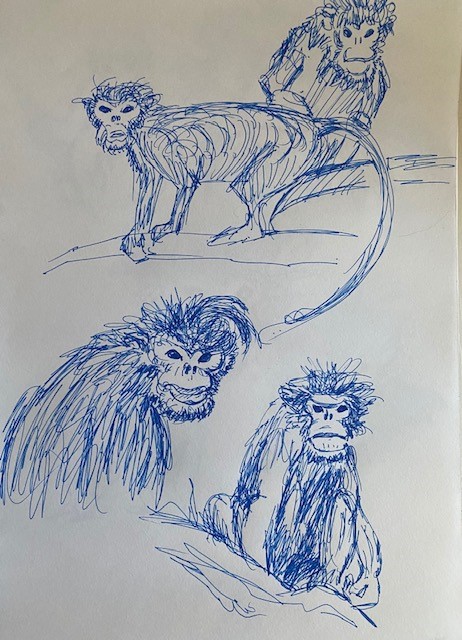 Sketching the subject a few times made me really look at it, and helped me understand its form and proportions.   OK, ready to make that little Burmese snub-nose monkey with items I’ve save from the landfill and recycler.   The resources I have at home are items I have kept after costume,  set modeling and prop projects, and they are organized in bins, boxes and containers. I also collected a few item I may have otherwise put into the recycling bin for this project.

I rummage through the bins and containers to collect all the pieces I think I may need for crafting the monkey model. But as I start working on it, I realise that the material I really wanted to use for it’s fur (originally from the collar of an old coat I had) was not enough to make the entire body and arms. So I found some material I saved from a costume project I did (18!!!) years ago that seemed acceptable.

I had to change the proportions of a few items, search for other materials and found that it took me 3 hours longer than I had expected. [Note to myself, I need to schedule my time better.]  And… I wish I had a bit more time to be able to adjust the head, so it would stay the direction I turned it.  As for the real Myanmar snub-nose monkeys and other endangered species in the region, the military coup is sure to created upheavel..  making monitoring of the conservation activities difficult. 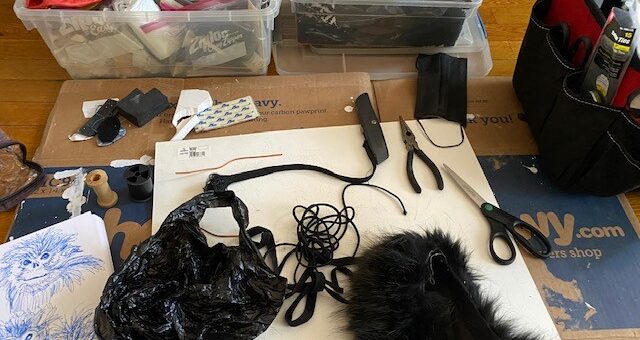 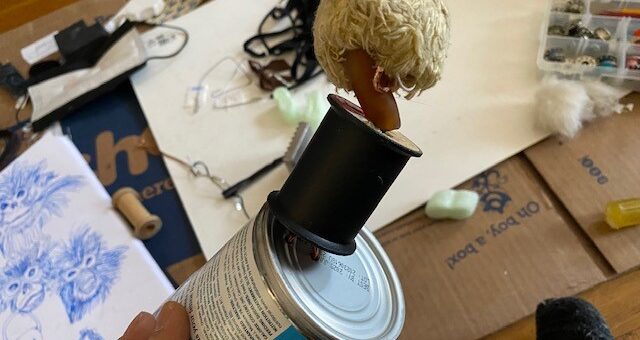 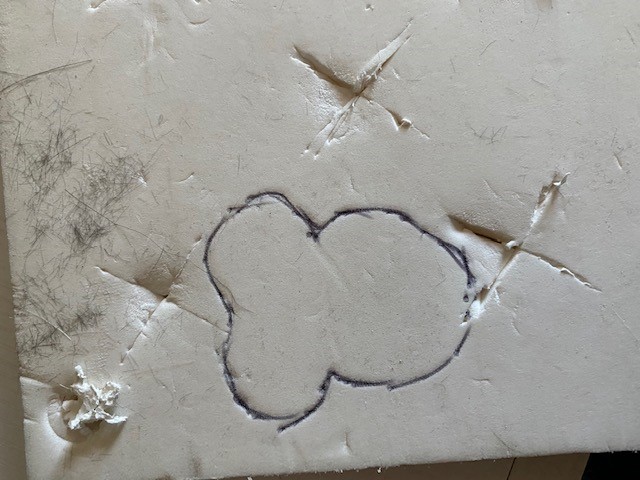 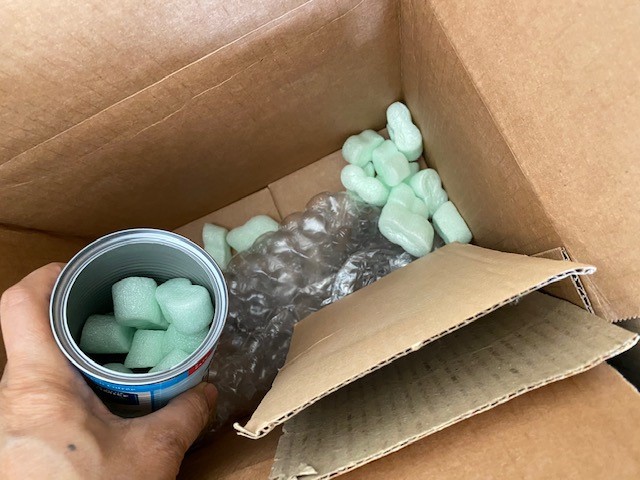 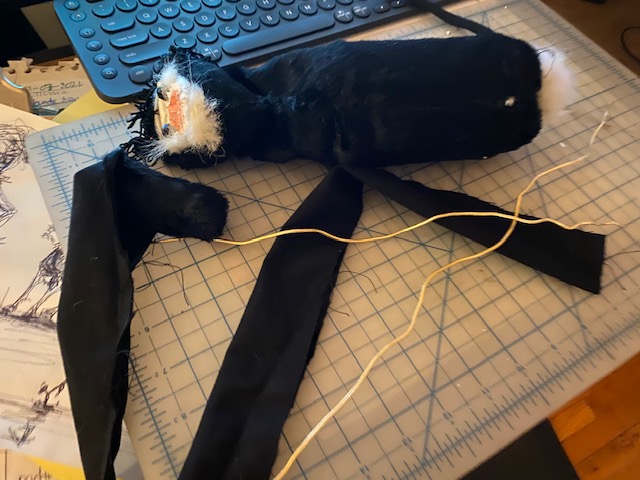 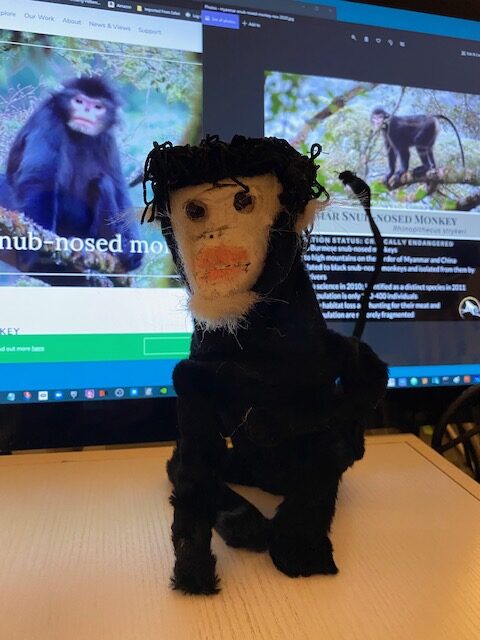 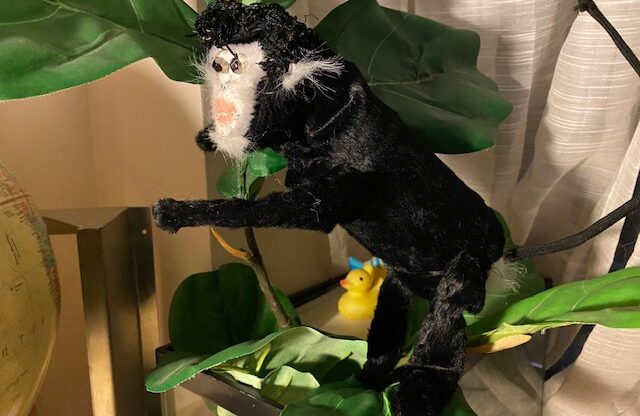 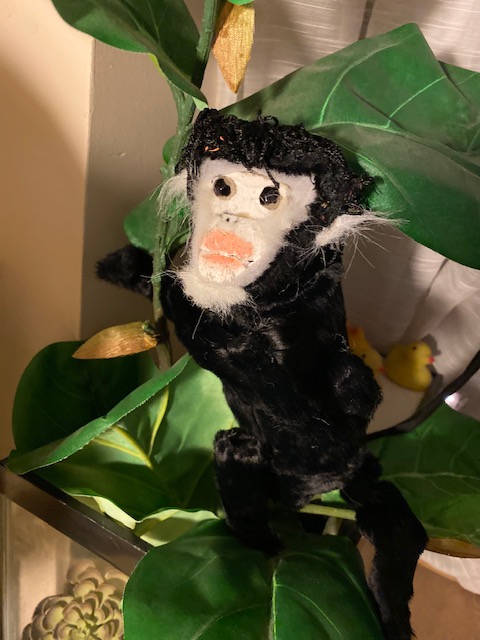