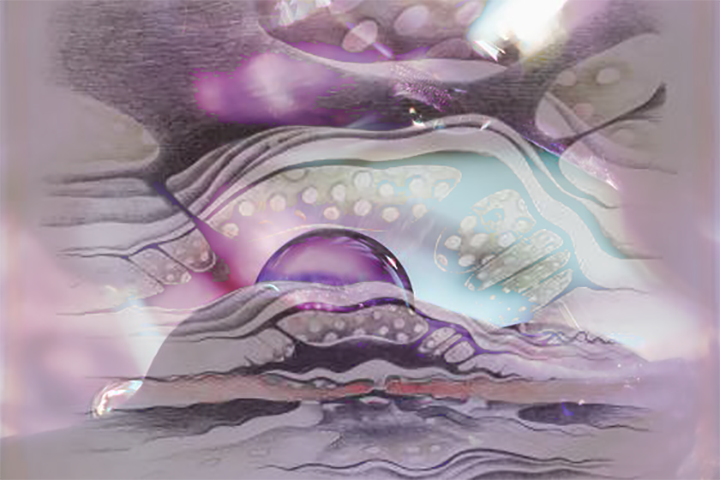 I’m really excited about this class and have been looking forward to exploring the many possibilities in AR platforms. This class will be developing creative work on social AR for expediency (like Lens Studio and Sparks AR). Developing App for the Google Play Store and Apple would not allow for immediate feedback or ease in iterations… at least for class projects.

Eventually, I will need to know the process and requirements to publish an App through both Google Play and Apple Store, but not this term.

Our first project is to replicate a memory in 3D by using appropriated assets. I pulled assets from SketchFab and 3D Warehouse. We had a choice of creating an animated 3D scene in Maya (or comparable software… 3Ds Max, C4D, Blender, etc) or Aero. I choose to use Aero to create a scene of a very memorable dream I had when I was studying costume design in Rome.

I call it ‘Dream…on 2nd Hand Hashish’.     It was in the fall of my 2nd of my 3 years in Rome.   I was invited to dinner party hosted by an American actor that starred in several spaghetti westerns that shot in Cinecitta. It was a splendid feast for 15 guest on the terrace.  We ate and we drank until we could no more. And as the dessert round approached Jonny lit up a huge spliff of hashish.

It got passed around the table several times…and the contact high resulted in this ‘dream…on second hand hashish’.

The setting is evening, I am outside in a field with forest on the sides and  4 ‘so-called cousins’.   They are young and white.   I tell with excitement  them to look up to the unusual sky (in the dream there was also Jupiter and Mars, but I felt I had to make a choice to limit my polycount). The moon filled half the sky nad the planets looked as if they had been transported  right above me.  The ‘cousins’ were unimpressed. Dejected…I looked down the road towards the house. Then suddenly I’m in the back seat of the car… a cat crosses the road. I see bolts drop from the sky, a nevula cloud engulfs me and its then it’s a blur.  I am then in a white space…

This is as far as I have taken the dream memory. The dream actually continues on into 3 other scenes until I am reborn again on Earth.