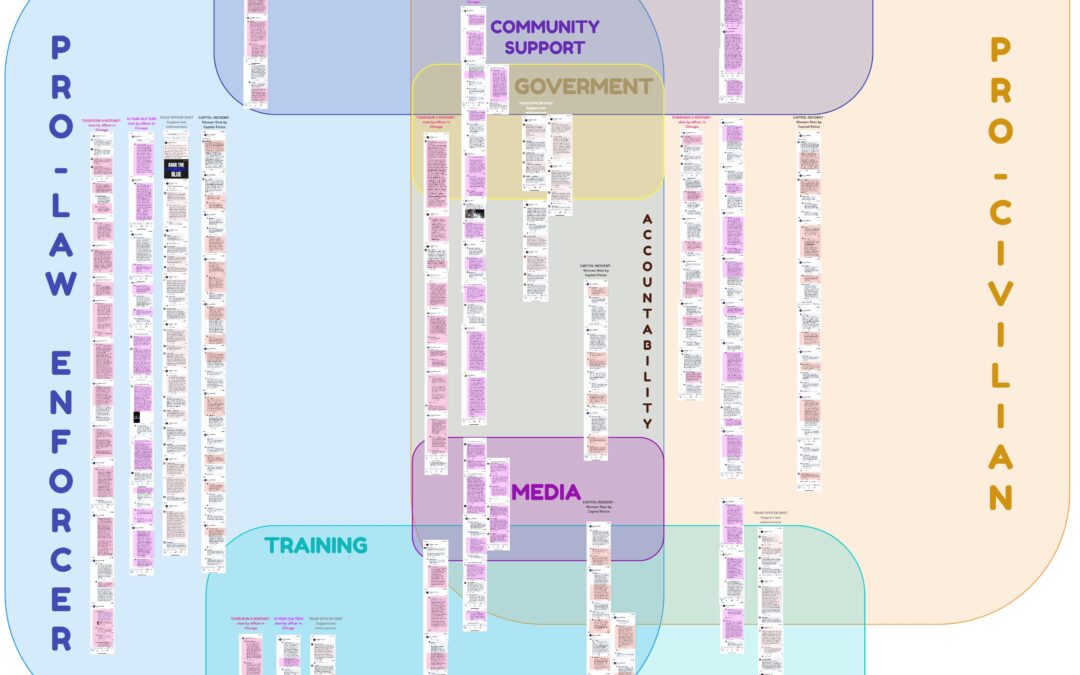 This is the second week of a 5 week collaborative group project.

Goal: Work as a team to explore, investigate, study, analyze, and eventually, ideate and design interventions for, a real world social phenomenon. The project is meant to introduce us to the human-centered design process, leading us through the various stages of how designers conduct research and develop novel and innovative interventions, whether in the form of communications, products, services, or other things, for people.

After analysing our mess map from last week, we continued our research into the issue of police brutality by identifying our principal stakeholders, and decided on 3 primary research methods: Interviews, Surveys and Netnographic Observations.

Jackie and Michelle conducted interviews with primary stakeholders, I did netnographic observations of social media groups and Deja evaulated the data to determine plausible future propositions.

We sent out a survey that consisted of 8 questions: 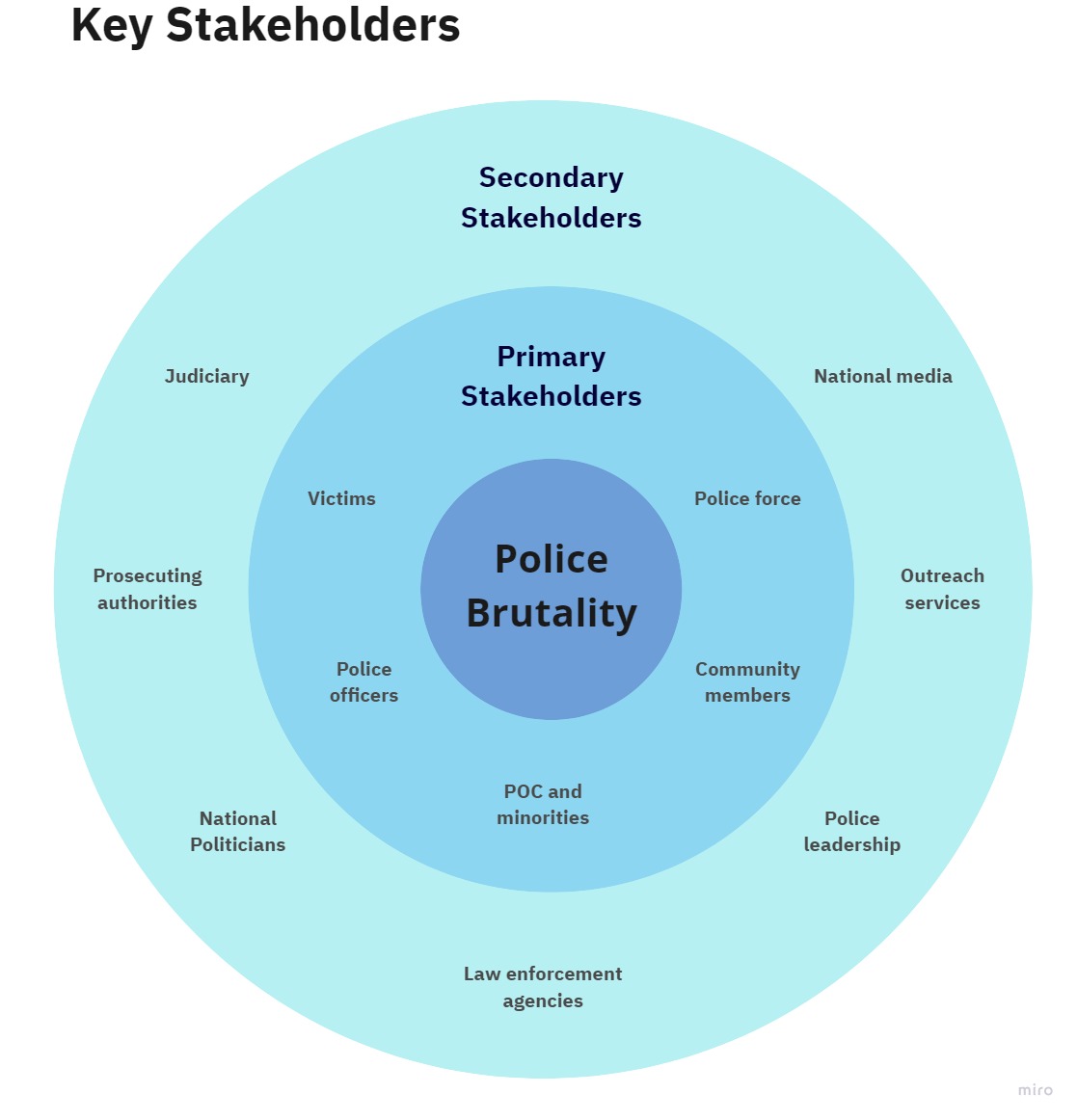 There were limitations to the types of primary research we could do due to the amount of time we had, the sensitivity of our issue and Covid 19 protocols.  The interviews included POC, marginalized groups, and law enforcement. The survey sample was not large enough to make any definitive conclusions, but it did reveal something interesting.. which need further investigation.

My netnographic research into social media platforms I observed,  was limited to Facebook for now. I followed several threads in different Law Enforcement groups that were open to the public.

This ecosystem mapping of the law enforcement officer’s environment helps us to understand the primary and secondary stakeholders involved and the scale/scope of the issue. The recent verdict in the Derek Chauvin case, may help to increase the issue of accountability and the explicit impact media has on the direction of social issues. 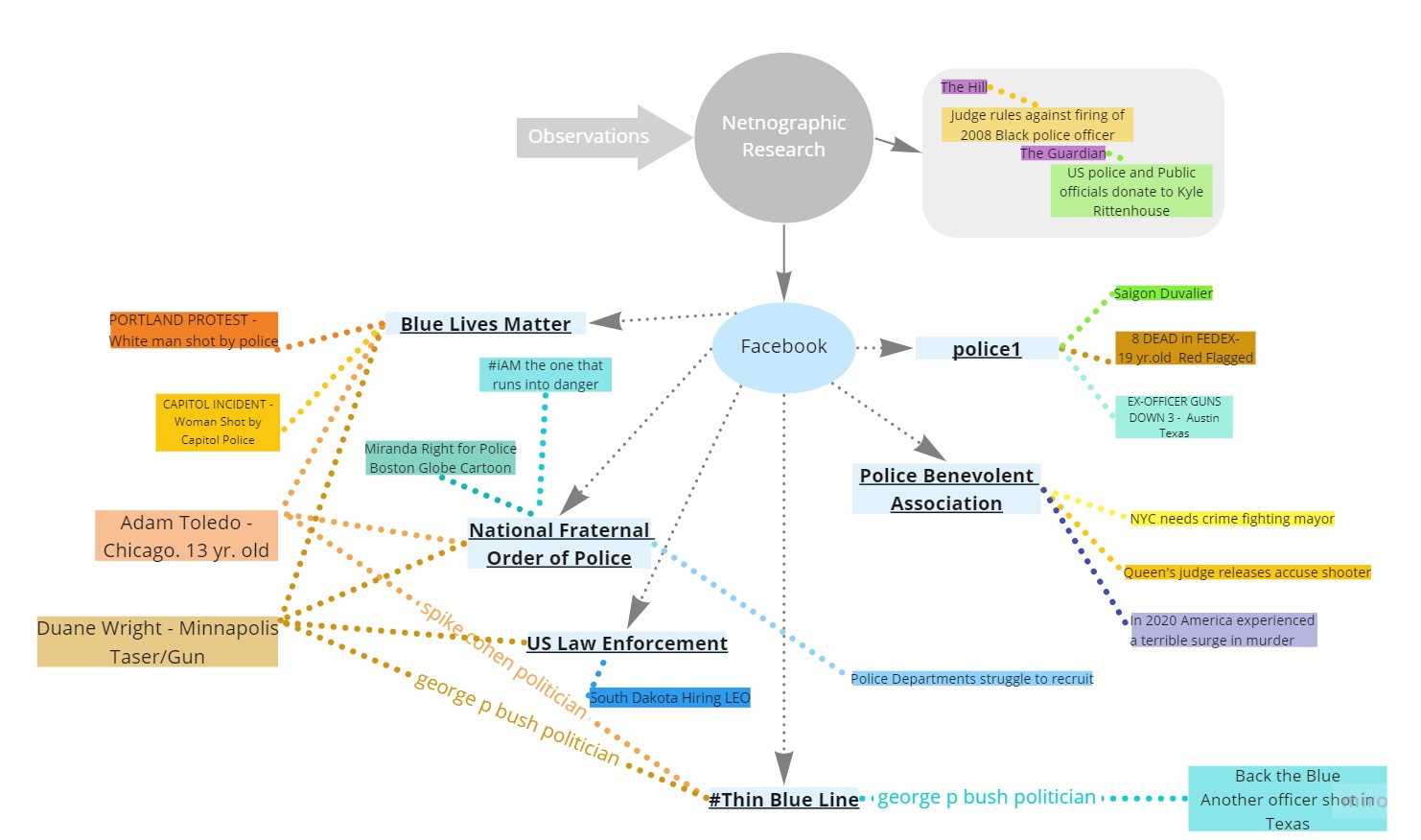 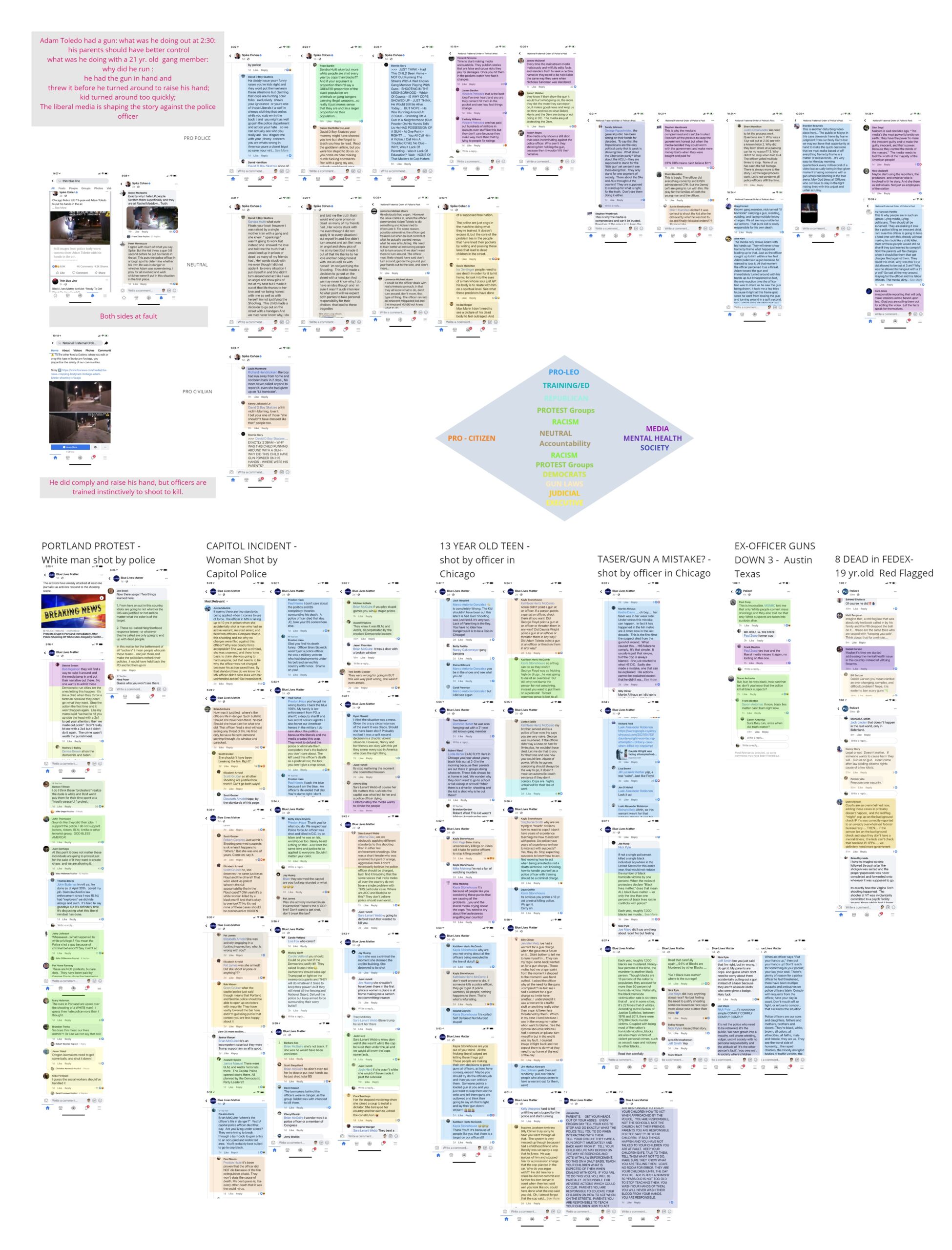 I definitely had a learning curve to overcome when looking at social media threads without the aid of machine learning algorithms.  I was overwhelmed with information in the beginning because my breadth was too large.

I should have started like I ended. Let me explain.

Before capturing any data, I should have defined my scope. What was I looking for? What did I actually find? Initially,  I was looking too broadly.  I should have started by selecting 4 different topics to follow that would help me to contrast and compare the sentiments expressed in the threads towards each topic.  The topics of the threads I followed were:

I took screen shots of the threads. In each topic thread, I color coded the sentiments expressed in the posts. Some posts had multiple sentiments. 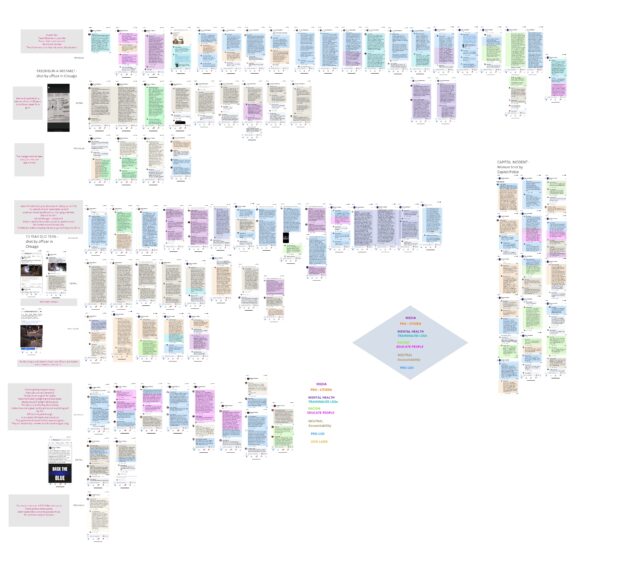 Now we were able to take the results of the survey, the interviews, and the netnographic observation, and start to make some decisions. “Pull Focus” on community building, education, training, and mental health.  Let’s see where we end up next week.