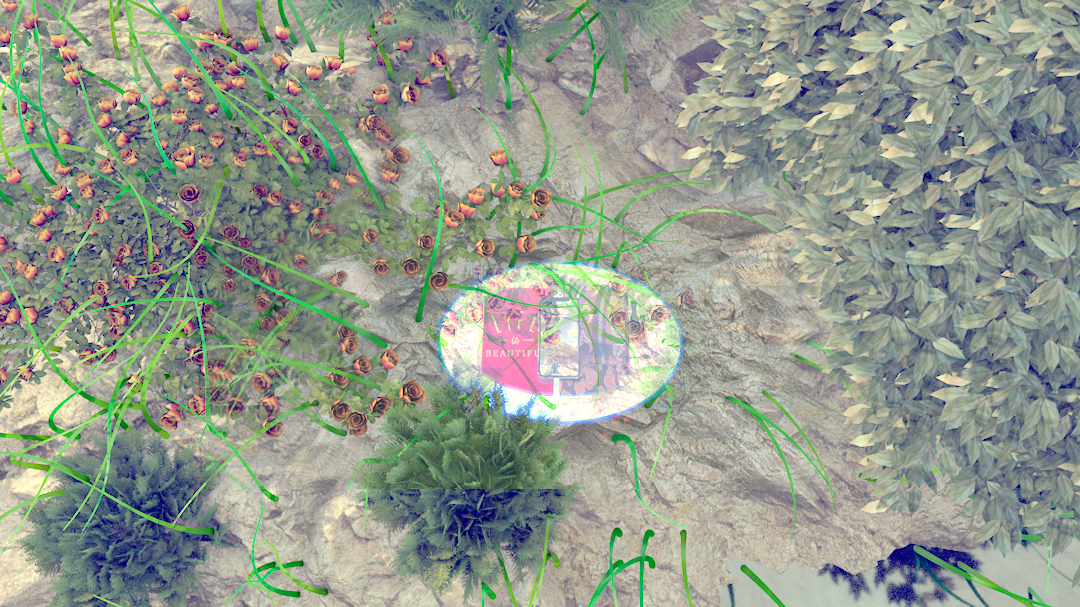 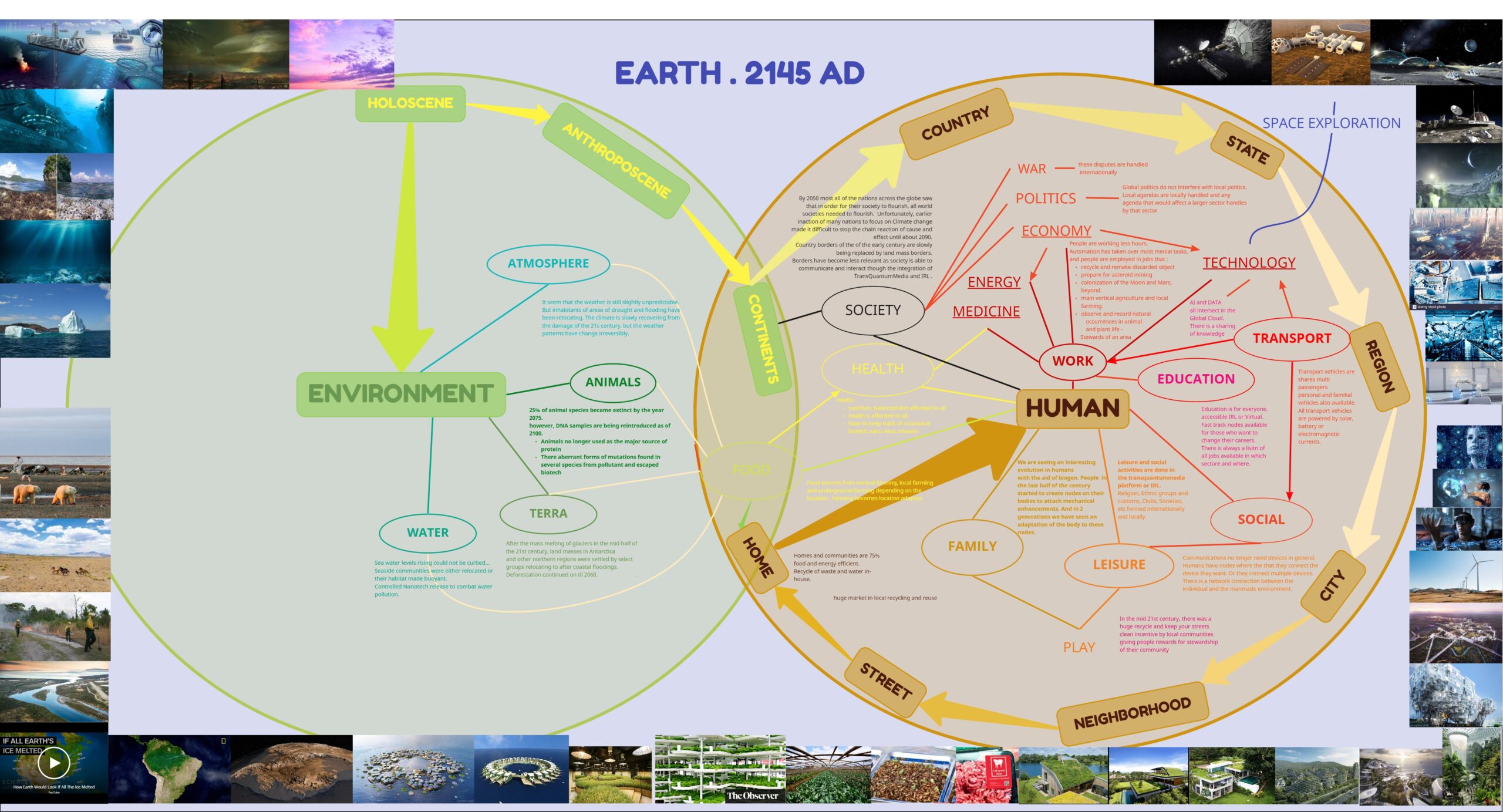 Step 4. Creating the Story with a mini concept map.

I want my narrator to be a steward .  A new position that was formed in the tail end 0f the 21st century.   In the future there will be many jobs lost to mechanization, but so many new jobs created.  Jobs we never even imagined. 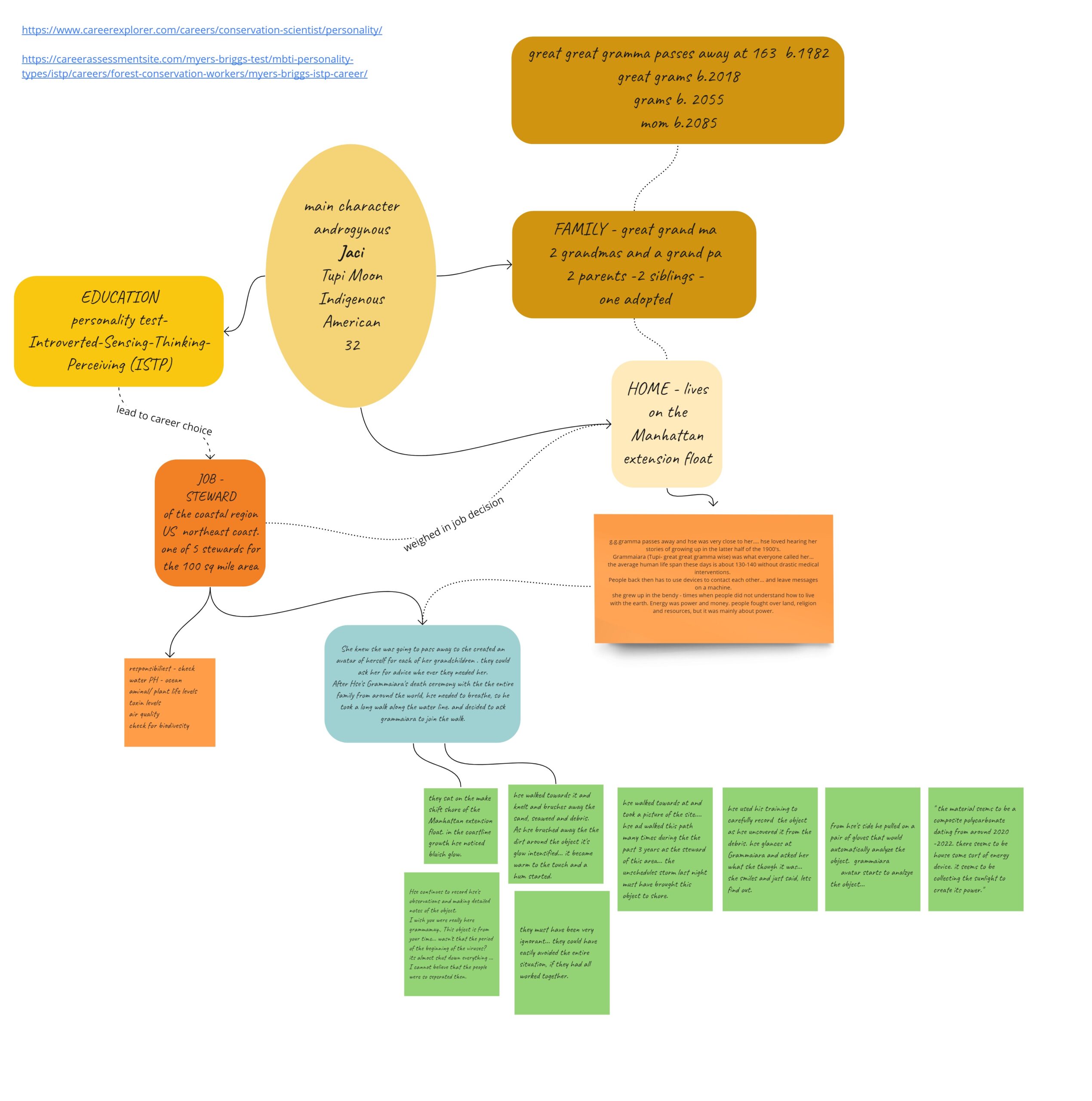 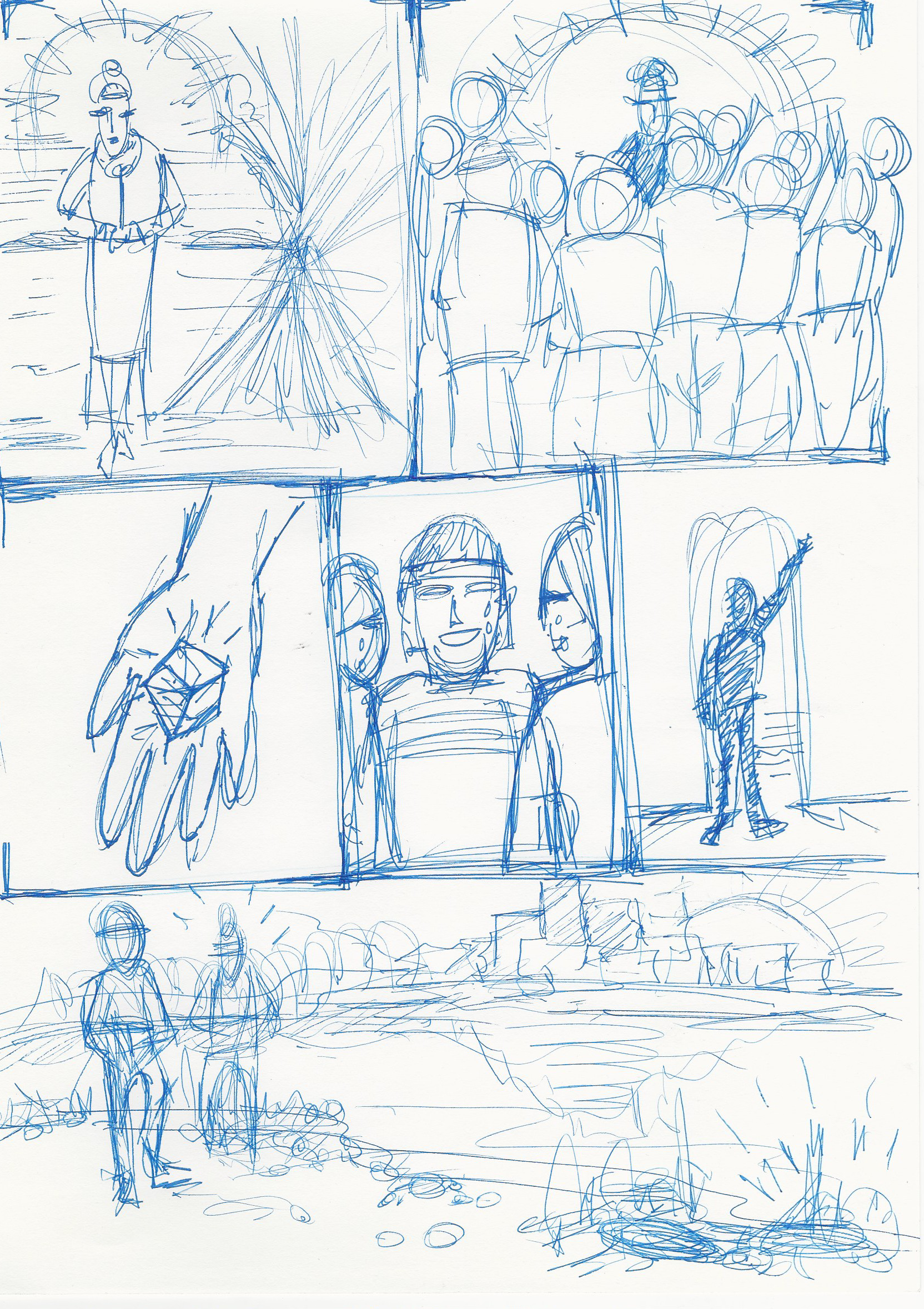 Now it’s time to start sketching the storyboard for the narrative and to decide  how to present this story in the time I have to present it.   I decided to try a comic strip style.  I wouldn’t say it was a proper comic strip, perhaps a picture book with a story??

I manipulated my storyboard sketches photoshop and imported them into illustrator…   Then I back tracked a bit to the story and the narrator. I wanted to use an Indigeous Indian name and came across 2 names from the Tupi Indians of Brazil.

Jaci would be my protagonist. Jaci means ‘moon’, and I created a new pronoun ‘hse” a gender neutral pronoun that would be developed near the end of the 21st century.

The story starts out at Jaci’s great great grandmother’s farewell message virtual gathering.  She is the 163 year old matriarch of  hse family. Her name is also Tupi, Maiara ‘great grandmother, wise’.  She has been in a coma the last few weeks, but connected to a neural network that allows her to communicate virtually.  And she’s decided it’s time to go. She’s lived long enough.

Reflection on the project

I didn’t have enough time to develop the story… I left it at the point where Jaci and hse Grammaiara’s avatar find the time capsule. The project had a lot of step by step processes that were difficult to fit into one week. If I had more time I would develop the story more and create a graphically stylized comic strip that enhanced the story. 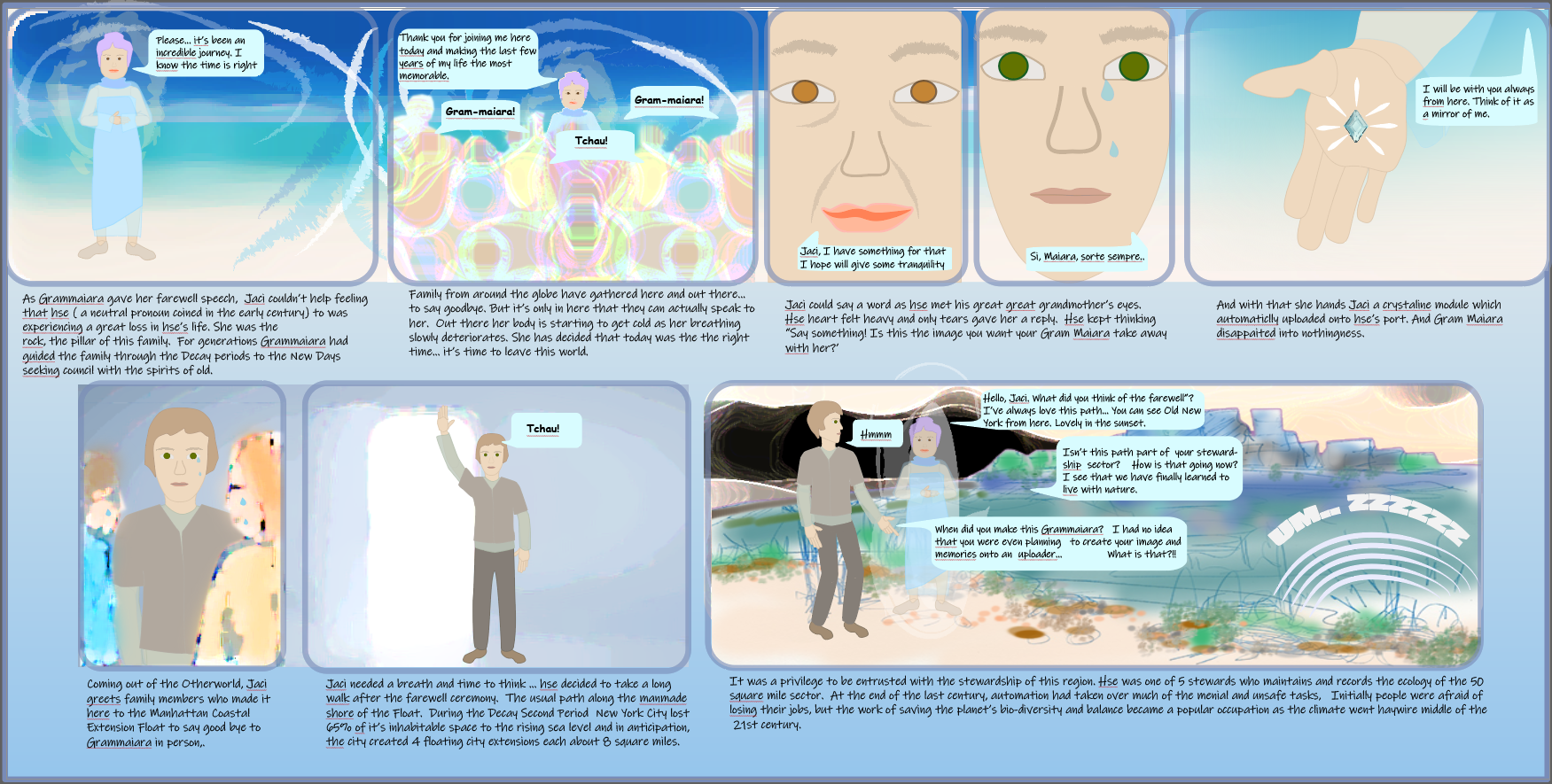 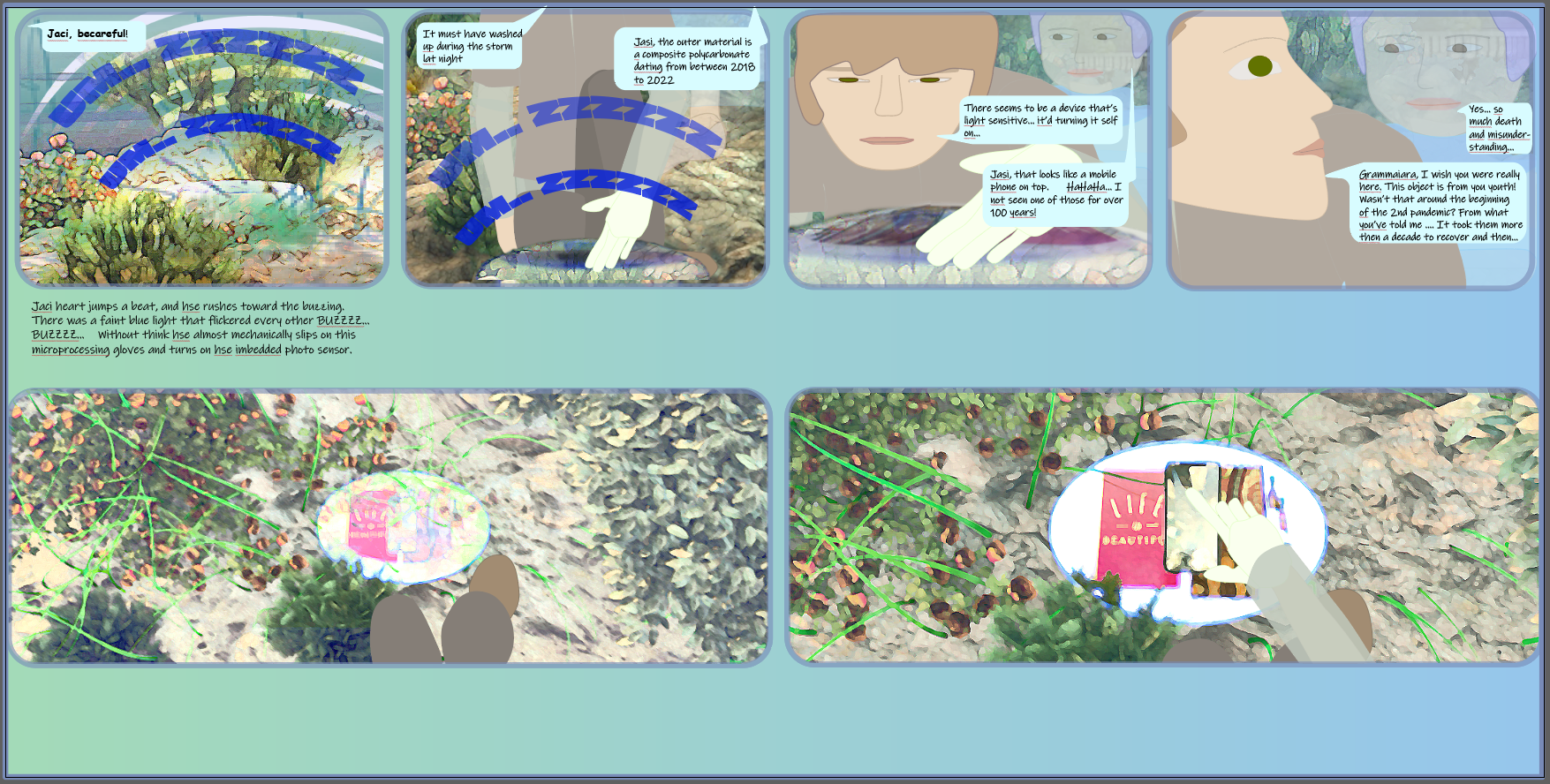